Cecelia Tichi is the Gertrude Conaway Vanderbilt Professor of English and Professor of American Studies at Vanderbilt University. She received her M.A. from Johns Hopkins University and her Ph.D. from the University of California, Davis in 1968. Before coming to Vanderbilt in 1987, she taught at Boston University. At Vanderbilt, she teaches classes in nineteenth and twentieth century American literature, focusing on aspects of culture from consumerism and social critique to country music. She has received fellowships from the American Council of Learned Societies, the Radcliffe Institute, the National Endowment for the Humanities, the Kluge Center of the Library of Congress, and the Andrew W. Mellon Foundation under the auspices of the Henry E. Huntington Library. She is the 2009 recipient of the Jay B. Hubbell prize for distinguished work in American literary studies. awarded by the American Literature Division of the Modern Language Association.

Tichi is the author of nine scholarly books, most recently What Would Mrs. Astor Do: A Complete Guide to the Manner and Mores of the Gilded Age and Jack London: A Writer’s Fight for a Better America, as well as the editor of several others, including Reading Country Music: Steel Guitars, Opry Stars, and Honky-Tonk Bars (1998). Her books include Shifting Gears: Technology, Literature, Culture in Modernist America (1987) and Electronic Hearth: Creating an American Television Culture (1991), Exposes and Excess Muckraking in America 1900/2000. Her most recent book, Civic Passions: 7 Who Launched Progressive America (And What They Teach Us), was published by the University of North Carolina Press in 2009. Her articles on a variety of topics and authors have appeared in journals such as American Literature, American Literary History, and The Boston Review. She is also the author of five novels: Jealous Heart (1997), Cryin' Time (1998), Fall to Pieces (2000), Now You See Her (2005), and All in One Piece (2006).

Civic Passions: 7 Who Launched Progressive America (And What They Teach Us),  University of North Carolina Press, 2009

Embodiment of a Nation: Human Form in American Spaces (Harvard UP, 2001)

New World: New Earth: Environmental Reform in American Literature from the Puritans through Whitman (Yale UP, 1979) 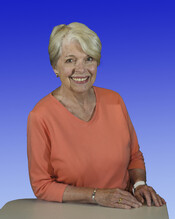