Description: This afternoon educator workshop, conducted entirely in Spanish, examined the African Diaspora and runaway slave communities in Latin America. Specialists in Afro-Hispanic Literature John Maddox (University of Alabama-Birmingham) and Graciela Maglia (Instituto Caro y Cuervo) explored the African Diaspora in Latin America, Afro-Hispanic music, literature and culture. A representative from a 300-year-old Afro-Colombian community of Palenque de San Basilio shared testimonies about their community, which descended from slave rebels. Dr. Maglia, who lived in the Caribbean for 10 years, led a hands-on session about Afro-Caribbean cuisine, where teachers learned how to cook a traditional dish.

This workshop followed an affiliated UAB Black Resistance and Negotiation colloquium on Friday, October 7. Teachers were invited to attend the colloquium in addition to the workshop . This workshop was sponsored by the Center for Latin American Studies at Vanderbilt University, the University of Alabama at Birmingham and the Alabama Humanities 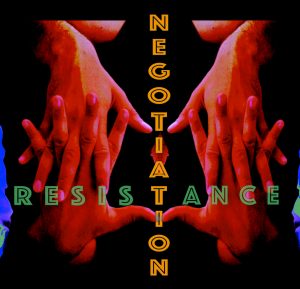 foundation (a state affiliate of the National Endowment for the Humanities).
Language: Spanish

Related resources from this workshop are available in the CLAS Curriculum Resources. 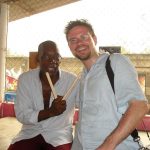 John Maddox (Latin American Literature, University of Alabama-Birmingham) earned a Ph.D. in Spanish and Portuguese from Vanderbilt University in 2014. His teaching experience includes high school Spanish 1 through literature, college Spanish 1, 2, and Introduction to Literature, and introductory Portuguese. He teaches various levels of Spanish language and Latin American literature at UAB. He has been active with the Afro-Hispanic Review since 2010, and he is now on its editorial board. He is now a peer reviewer for Hispania and a special issue of the Vanderbilt E-Journal of Luso-Hispanic Literature. His book reviews include works on Brazil and the Caribbean, and his interviews include one with Chilean author Isabel Allende. Maddox has published articles on contemporary novelists from Cuba, Puerto Rico, and the Dominican Republic. His scholarly publications on Brazil include representations of the eighteenth-century sculptor Aleijadinho, nineteenth-century novelist Machado de Assis, and the contemporary Afro-Reggae Movement. His forthcoming book, tentatively titled Dramas of Memory, argues that, for the first time, a predominantly black group of novelists from throughout the Americas is writing a history of New World slavery that transcends national histories and uses oral and written sources of authority of Western, African, and African-American origin. 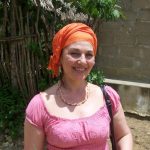