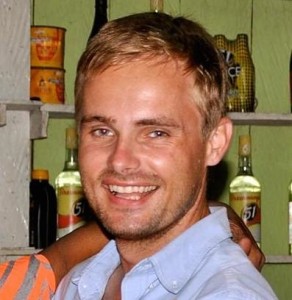 Kyle Harper is a native of Texas having grown up in both Houston and Galveston. Since a child he has had a deep passion for Latin America, traveling with his family throughout Mexico and Central America. After high school, Kyle traveled extensively throughout South America and became fascinated with the various cultures of the Amazon.On one particular trip to Brazil, he met several researchers from the University of São Paulo, who were using their findings to help traditional communities in their fight against developmentalist agendas. Inspired by this form of academic activism, Kyle returned to school and graduated from the University of Texas at Austin with a major in anthropology and a minor in Portuguese. His studies at UT Austin focused primarily on the cultures and land rights issues of traditional communities in the Brazilian Amazon. For his undergraduate honors thesis, Kyle wrote about the effects development and dislocation are having on traditional riparian communities in the Brazilian state of Pará, and how these groups are resisting the inequalities being created by the Brazilian State’s push to build hydroelectric mega dams on Amazonian tributaries.At Vanderbilt, Kyle hopes to build upon his experiences and research in Brazil, in order to better understand the possibilities within activist research. Kyle plans to graduate with an MA in Latin American Studies with an emphasis on cultural anthropology.