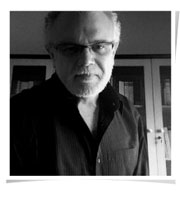 I have focused on the creation of the Gaudiya Vaisnava movement of the sixteenth and seventeenth centuries, the results of which can be found in my recent monograph titled The Final Word: the Caitanya Caritamrta and the Grammar of Religious Tradition (Oxford 2010). This work was preceded by and dependent on a translation of the key text, the encyclopaedic Caitanya Caritamrta of Krsnadasa Kaviraja, which I produced with the late Edward C. Dimock, Jr. (Harvard Oriental Series 1999). Followers of the Vaisnava traditions also recognize a figure named Satya Pir, which provided a segue into the Islamic literatures of Bengal, especially of the area now known as Bangladesh. Satya Pir, who is considered to be both an avatara of Krsna as well as a Sufi saint, represents a rapprochment of Muslims and Hindus in a plural Bengali society in the premodern period. In Fabulous Females and Peerless Pirs (Oxford 2004) I translated eight tales out of several hundred, each focused on the ways women, aided by Satya Pir, keep the world ordered in the wake of male-generated chaos. This literature in turn pointed me to my current project, tentatively titled "Narrative Islam: The Romance of the Pirs in Medieval Bengal," which exams the ways the Islamic imaginaire insinuated itself seamlessly into a Bengali consciousness through mythic heroes who extend their help and protection to anyone regardless of sectarian affiliation. I am projecting an accompanying anthology of translated tales, tentatively titled "When Aunt Candi Gave me a Crocodile Army." Finally, I have contracted to produce a multivolume translation of the medieval epic Candi Mangala of Kavikankana for the new Murty Classical Library of India (Harvard).