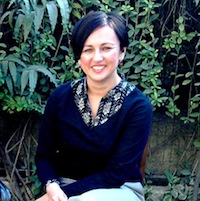 Professor Sheikh came to Vanderbilt from London, where she was a Research Associate at the Institute for Ismaili Studies (IIS). She has an undergraduate degree in history from Maharaja Sayajirao University, in Baroda, India, and MA and MPhil degrees from Jawaharlal Nehru University, New Delhi. She was awarded the Inlaks scholarship for doctoral work at Oxford, which she completed in 2004, after which she was a Junior Research Fellow at Wolfson College until 2006.

A historian of South Asia, her research interests include politics and religion in South Asia from c.1200-1950, early modern trade, early Indian maps, and long-term relationships between Indian and Indian Ocean societies. In London, she has taught at the IIS, the School of Oriental and African Studies, and at the London School of Economics, courses on medieval and modern South Asia, Islam in South Asia, Sufism, and on modern literature. She is the author of  Forging a Region: Sultans, Traders and Pilgrims in Gujarat, 1200-1500  (Oxford India, 2010), and co-editor of An Anthology of Ismaili Literature: A Shi`i Vision of Islam (I.B.Tauris and the Institute of Ismaili Studies, 2008). She is currently working on a book on religious change in early modern Western India.