Rob Campany, Professor of Asian Studies, is one of 175 scholars, artists and scientists in the United States and Canada to be awarded 2020 John Simon Guggenheim Memorial Foundation Fellowships. Campany was selected from a group of nearly 3,000 applicants in the foundation’s 96th competition. Guggenheim Fellows are chosen on the basis of prior achievement and exceptional promise. John Geer, Dean of the College of Arts & Sciences at Vanderbilt, says, "Robert has become a prominent researcher in Chinese religious and literary history by blending his expertise, methodological savvy and intellectual creativity to produce many highly respected works. He has played an important role in bringing more global attention to the study of Chinese religions and culture.” Congratulations to Rob!

Read more about Rob and the Guggenheim Fellowship here. 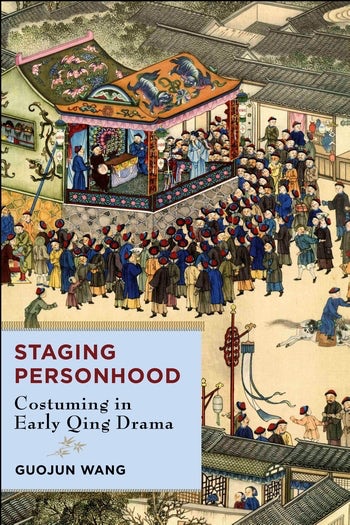 "Staging Personhood uncovers a hidden history of the Ming–Qing transition by exploring what it meant for the clothing of a deposed dynasty to survive onstage. Reading dramatic works against Qing sartorial regulations, Guojun Wang offers an interdisciplinary lens on the entanglements between Chinese drama and nascent Manchu rule in seventeenth-century China. He reveals not just how political and ethnic conflicts shaped theatrical costuming but also the ways costuming enabled different modes of identity negotiation during the dynastic transition. In case studies of theatrical texts and performances, Wang considers clothing and costumes as indices of changing ethnic and gender identities. He contends that theatrical costuming provided a productive way to reconnect bodies, clothes, and identities disrupted by political turmoil. Through careful attention to a variety of canonical and lesser-known plays, visual and performance records, and historical documents, Staging Personhood provides a pathbreaking perspective on the cultural dynamics of early Qing China."

For more about the book, check out Guojun's blog about it on the Columbia University Press website.

The Robert Penn Warren Center for the Humanities has selected Professor We Jung Yi as one of its Fellows f or its 2019-20 theme "Borders and Belonging."  She will participate in regular seminars and share work with other Fellows at the RPW Center throughout the year. 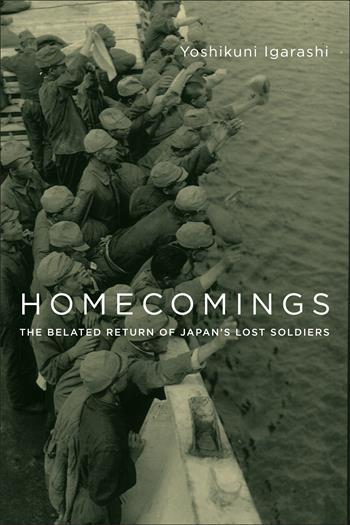 Homecomings: The Belated Return of Japan's Lost Soldiers, was given Honorable Mention for the 2018 John Whitney Hall Prize for Best Book on Japan. More information can be found on the Association for Asian Studies announcement.