Fill out this form to get the Meeting link: 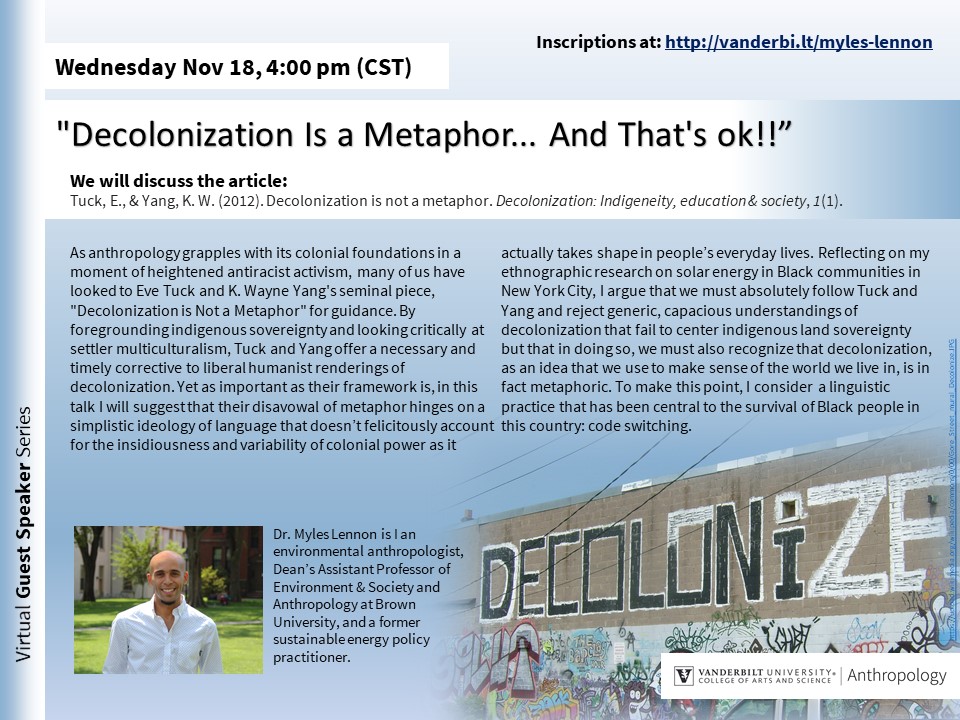 As anthropology grapples with its colonial foundations in a moment of heightened antiracist activism, many of us have looked to Eve Tuck and K. Wayne Yang's seminal piece, "Decolonization is Not a Metaphor" for guidance. By foregrounding indigenous sovereignty and looking critically at settler multiculturalism, Tuck and Yang offer a necessary and timely corrective to liberal humanist renderings of decolonization. Yet as important as their framework is, in this talk I will suggest that their disavowal of metaphor hinges on a simplistic ideology of language that doesn’t felicitously account for the insidiousness and variability of colonial power as it actually takes shape in people’s everyday lives. Reflecting on my ethnographic research on solar energy in Black communities in New York City, I argue that we must absolutely follow Tuck and Yang and reject generic, capacious understandings of decolonization that fail to center indigenous land sovereignty but that in doing so, we must also recognize that decolonization, as an idea that we use to make sense of the world we live in, is in fact metaphoric. To make this point, I consider  a linguistic practice that has been central to the survival of Black people in this country: code switching
Download the article here:  Tuck, E., & Yang, K. W. (2012). Decolonization is not a metaphor. Decolonization: Indigeneity, education & society, 1(1). 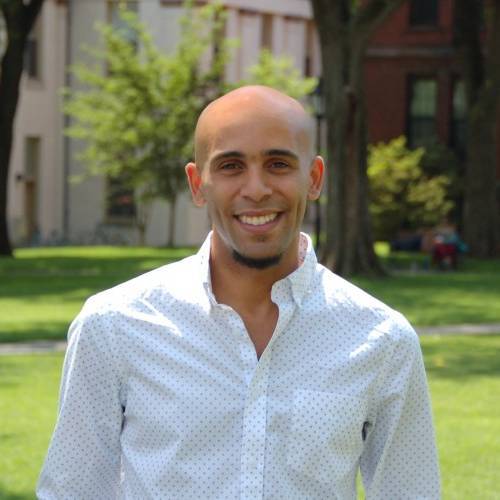 Dr. Myles Lenon is an environmental anthropologist, Dean’s Assistant Professor of Environment & Society and Anthropology at Brown University, and a former sustainable energy policy practitioner. His research explores how rooftop solar, “resiliency” microgrids, and other climate mitigation infrastructures simultaneously reinforce and upend entrenched structures of power as they materialize across long-standing race and class divisions in New York City. His research has been supported by the U.S. National Science Foundation, the Ford Foundation, and the Wenner-Gren Foundation.